As we consider how the COVID-19 pandemic is impacting the nonwovens industry, it is important to start with an understanding of the numerous nomenclature issues associated with nonwovens.

Given the demand is greater than the supply during the pandemic, nonwoven producers with other types of nonwoven web-forming processes have been able to adapt to provide some of the needed material.

The primary end-uses that are currently in high demand due to the COVID-19 outbreak, not surprisingly, are protective medical apparel, medical facemasks/surgical respirators, and disinfecting wipes. Estimates of the increase in demand run up to 20 times the normal level. In addition, the stockpiling of absorbent hygiene products has caused a surge in that end-use as well.

From a supply-chain perspective, the pandemic has challenged the availability of nonwoven materials that are employed for end-uses related to the COVID-19 response.

Nonwoven material, being light in weight, tends to stay where it is produced, and as the demand for nonwovens increases, capacity investments are made in the areas where they are consumed. For example, in a 4.8 million tonne U.S. market, the net trade difference is negative 67,000 tonnes. Similarly, with goods made mostly of nonwoven material. An exception to this is “Nonwoven Medical Apparel” (HTS Code 6210.10.50), as it involves the labor of sewing. It is estimated 85% of the commodity nonwoven medical apparel used in the U.S. is produced abroad.

China’s share of these imports was 80%, and Asia’s share was 92% in 2019. There is not a specific HTS code for respirators and facemasks, but the Department of Health and Human Services estimate 95% of surgical masks and 70% of tighter-fitting respirators, such as N95 masks, are made abroad.

So … the exception to “nonwovens stay where produced” is nonwoven medical apparel and medical facemasks/respirators. And this is why we find ourselves facing the current shortage, as the pipeline of finished goods from China and Taiwan was cut off in January, essentially breaking the supply chain and triggering an immediate need for these items.

Spunlaid has been sold-out and at full-capacity utilization since February. All the spunlaid producers have been receiving dozens of inquiries every day for at least the last three months. If they were able to increase output, they have.

Many of the spunlaid nonwoven producers are multi-nationals that began ramping up production globally in early January. The U.S. nonwovens industry has been working on ways to increase output of the needed nonwovens by changing production grades and customer mix from other end-uses (meltblown is also used in wipes, absorbent hygiene, vehicle components, sorbents, medical/surgical, and apparel), as well as utilizing any idled capacity to free up more production for facemask media and protective medical apparel. According to INDA’s North American Nonwovens Supply Report, the spunlaid operating rate has been increasing the last three years, from 80% at the end of 2016 to 90% at the end of last year.

Spunlaid has been sold-out and at full-capacity utilization since February. All the spunlaid producers have been receiving dozens of inquiries every day for at least the last three months. If they were able to increase output, they have.

The industry has adapted by: 1. engineering material from other web-forming processes to meet the requirements of needed items; and, 2. creatively increasing capacity for needed items. For example:

In the longer term, we expect to see capacity additions in the U.S. to provide a greater self-sufficiency for facemask and protective medical apparel. For example, there have been some recent U.S. capacity announcements worth noting:

In addition, there have been capacity announcements in countries throughout Europe, in Asia and in South America.

The U.S. government response is still to be determined. At one end of the spectrum, things go back to the way they were, with material being supplied by offshore sources, to the other end of spectrum, with the U.S. being entirely self-sufficient. The latter will require government intervention, be it through the Domestic Production Act (DPA), the Strategic National Stockpile, and/or requirement to purchase U.S.-produced materials.

There has been one specific announcement at the end of April, when the U.S. Department of Defense executed the first military use of the DPA during the COVID-19 pandemic crisis, awarding $133 million in contracts for N95 mask production. The contracts were issued to 3M, Honeywell, and a unit of Owens & Minor.

One of the biggest remaining questions impacting the supply side of the U.S. nonwovens industry is the possibility of government intervention. If that’s the case, further investments in capacity will be made. Other developments that could impact the demand side:

My conjecture is that we end up somewhere between the two ends of the spectrum and behaviors will change in the short-term, but in the long-term settle slightly above baseline usage.

As director of market intelligence and economic insights at INDA, Brad produces a number of market reports related to the nonwovens industry. Recent reports include: Special Report on the Meltblown Market, 2019; and Worldwide Outlook for the Nonwovens Industry, 2018 – 2023. Coming this fall, North American Nonwovens Industry Outlook, 2019-2024. For more information, visit inda.org. 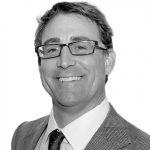