A critical review on the mycelium production methods.

Natural fibers have always played an important role for humans, having been used since ancient times for the creation of clothing, footwear and everyday objects. Historically, these fibers come in a variety of ways and from a variety of sources, most of which from plants or animals. Some raw materials for fiber creation can also be harvested from bacterial cultures, e.g., spider silk. Only most recently has the fourth kingdom of nature been added to this list.

The reason for this expansion into new and unexplored fields of organic derived materials can be explained by the ever-greater push of the fashion industry towards sustainability. But why would anyone consider fungi (mushrooms) more sustainable than traditional fiber sources like cotton or silk? The main difference is the biological function in the global ecosystem.

Fungi are considered the big recyclers of our terrestrial ecosystems. In fact, they break down more organic material than all bacteria combined. To keep our human footprint on the planetary ecosystem as small as possible they are providing certain advantages:

First, they are not wasting any energy in movement or thermoregulation like animals do.

Secondly, they are not producing structural biomass like plants that can’t be harvested (i.e., cotton boll biomass vs. cotton leafs and stem biomass).

And thirdly, fungi are able to grow on almost any substrate making them a versatile ally in the organic recycling process. But are fungi fibers, also called mycelium, really more sustainable than their fauna and flora counterparts?

The majority of the global biomass is produced during photosynthesis and CO2 fixation by plants. In order to close the cycle of life, fungi break down cellulose, hemicellulose, chitin, and lignin into its primary components and further down to CO2, water, and byproducts generating energy in the process.

Bacteria, on the other hand, decompose easily accessible molecules with a relatively high-energy content such as carbohydrates, fats and proteins. Substances that are more difficult to break down, such as cellulose and lignin, remain to be consumed by organisms with more efficient and diverse
enzymes, like fungi.

The word fungi is used in this context interchangeably with mushroom as we are focusing mostly on the basidiomycota family. Basidiomycota are forming a fruiting body (the part we are usually consuming) above ground with an extensive subterrestrial mycelium network that is usually several hundred times the weight of the fruiting body. This network of individual “roots,” called hyphae, provides them with a big surface to volume ratio, ideal for the fast secretion of enzymes and uptake of nutrients.

The largest living being on earth by weight is a mushroom of the Amillaria family, Armillaria ostoyae, and extends over 2385 hectares in the Malheur National Forest in Oregon.

Destroying angel (Amanita bisporigera) is the most common cause for lethal mushroom poisoning in developed countries. The critical component is amatoxin, which after consumption, inhibits RNA polymerization with often lethal consequences, as the symptoms can be up to one day delayed, at which point the amatoxin has already damaged liver and kidneys irreversibly.

Some representatives of the basidiomycota family, such as the dreaded house sponge (Serpula lacrymans), can even attack very dry wood (~15%-19% moisture) and destroy wooden buildings very fast (up to 12 cm per week) while providing its own source of moisture and nutrients.

Hyphae are small tubular structures making up the majority weight of every mushroom. They are about 10-30 nm in size and just like plant roots growing along the longitudinal axis of the tube in constant search for nutrients and water while secreting enzymes and secondary metabolites. To the naked eye all hyphens appear as fine white fibers and due to their microscopic size, we call a plurality of hyphe connected to each other “a mycelium network,” or just simply “mycelium.”

Just like the exoskeleton of insects, the major structural polymer in mycelium is chitin, in contrast to plants which have cellulosic, hemicellulosic, or lignin-based cell walls. Contrary to plant cells, which can vary greatly based on their function (e.g., sclerenchymatous leaf cells, thick-walled fiber bundles, Xylem or Phloem supporting cells, or thin-walled fruit cells) mycelium can only appear in three different forms: generative hyphae (to reproduce), skeletal hyphae (thick walled to provide structure), and binding hyphae (to attach to food source, usually branched and look like antlers) all of which show a very similar chemical makeup.

Besides its medicinal value, Ganoderma Lucidum is also capable of producing strong and durable sheets of mycelium similar to cowhides in terms of strength, flexibility and durability. These “myco-leather-sheets” can be made of pure mycelium or other composite materials.

For the production of mycelium materials, like sculptures or leather, woody fungi such as polypored have become industry standard. Their tough and leathery appearance comes from the high amount of skeletal hyphae and binding hyphae comprising the majority of the fruiting body.

The industry gold standard for mycelium leather production is Ganoderma Lucidum, also known as “Lingzhi” in chinese or “Reishi” in Japanese. It is a polyporus mushroom than can be found throughout Europe, North America and Asia and is usually grown on decaying hardwood trees.

It was used for millennia in traditional Chinese medicine (TCM) to create infusions from the dried fruiting body with the intent to boost the immune system.

Besides its medicinal value, Ganoderma Lucidum is also capable of producing strong and durable sheets of mycelium similar to cowhides in terms of strength, flexibility and durability. These “myco-leather-sheets” can be made of pure mycelium or other composite materials. But how do all these small fibers hold together? In a nutshell, mechanical entanglement, but there are about as many different answers to this question as there are mycelium-based startup companies. The most common answer is that the individual mycelium fibers grow into each other and create a microscopic interwoven structure where every individual fiber keeps extending until the full sheet is ready for harvest. Mushrooms are traditionally cultured in solid state reactors (e.g., button mushroom production) but most recently other systems, such as liquid culture and growth under low atmospheric pressure, have boosted yields. While it is relatively easy to create packaging material or sculptures from sawdust, straw or other organic waste streams of agriculture and the logging industry, the production of homogenous sheets of even thickness and color is especially difficult and only a few companies have managed to develop a scalable process.

The advantages of mycelium materials (e.g., leather) are very clear. First, it can be grown on almost any organic waste material and secondly, we have technologies available to scale an industrial process. The disadvantages of this technology are often not well understood. The reasons for this could be the complexity and diversity of processes currently used today to grow mycelium. In order to understand and analyze the mycelium production process, deeper knowledge about mycology, sterile workflow and industrial process design are required. 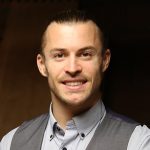 Martin Stübler M.Sc. M.A., is a biotech engineer who has studied in Cornell (biotechnology) and Vienna (bio economics). He previously worked for a Silicon Valley startup producing mycelium (mushroom) based leather. He is the co-founder of BioFluff, a next-generation materials company producing the first 100% plant-based fur as a sustainable fashion material.