There are huge and growing amounts of plastic waste products in the environment. The plastic debris in the oceans mostly occurs from improper waste disposal. Plastic particles can be present from direct water and air discharges of particles as well as from solar, chemical and mechanical degradation of larger products. These degradations are very slow processes, and, as such, plastics are accumulating in the environment.

Once plastics are released into the environment, concerns include ingestion by animals and microparticle exposures to humans, including inhalation. To date, very little adverse risk information is available regarding harm from humans ingesting them either from water or foods; absent new data, those risks would likely be small. Most ingested particles are eliminated without being systemically absorbed, but some are retained, smaller particles somewhat more so than larger particles. However, inhalation risk is likely to be the greatest opportunity for adverse health effects.

Among the millions of tons of commercial plastics being produced, among the most common are polyethylene, polypropylene, polystyrene, polyesters, polycarbonates, epoxys, and polyesters (polyethylene terephthalate, PET), among many. Fibers can include polyesters, primarily PET, acrylics, nylons, celluloses (rayons), but natural fibers are also prevalent, including wools and cottons. Plastics usually have additives intended to extend their useful lives. The additives can include plasticizers, antioxidants and ultraviolet light stabilizers, as well as pigments and colorants, and can typically be present at about 4% of the plastic material.

Size ranges are not always specifically defined. Microplastic sizes typically range from 0.1 µm (100 nm) to 5000 µm (5 mm); nanoplastics are 1 nm to 100 nm. (1 mm is 1 thousandth of a meter, 1 µm or micron is 1 millionth of a meter; 1 nm is 1 billionth of a meter, 1000 nm is 1 µm). The physical descriptions of small particles can include spheroids, pellets, beads, granules, fragments and fibers. Discrete fibers sizes in the environment seem to be the least specified, other than a particle whose length is greater than its width or diameter, so they can be long and narrow.

Micro-and nanoparticles tend to have high surface to volume ratios, and they are usually hydrophobic, so they have the opportunity to absorb hydrophobic chemicals from the environment. These can include solvents, PCBs and PBBs, and some pesticides, thus one of the concerns about ingesting plastic particles is the possibility that they could be transporters of toxic chemicals. On the other hand, it is theoretically possible that ingested particles could also absorb some hydrophobic toxicants from the GI content and eliminate them.

The analysis of micro-and nanoparticles is a complex undertaking, thus published concentrations in foods and water should be taken to be estimates and sometimes not even representative of the actual amounts, types and dimensions, but a potential subset. For example, water studies require a filtration step; the water quality and turbidity will limit the pore size of the filter media, so that will determine the size range of particles that are isolated. Separation processes are difficult, because the likely microgram or lesser quantity of particles must be efficiently separated from mass of the food or water without transformations, isolated from the other non-plastic particulates, then identified and quantified. Analytical methods have included: pyrolysis GC/MS, Fourier Transform Infrared, and Raman Spectroscopy, and light microscopy for quantitation of microplastics.

The recent World Health Organization (WHO) assessment of microplastics in drinking water concluded that 50 of the published analytical studies had identifiable technical process flaws that could affect the findings. They also concluded that it was not possible to compare findings because different studies used different filter meshes.

Fibers are commonly found in water and air. Water releases travel through wastewater treatment plants; domestic indoor air releases come from furniture, fabrics and carpets, and outdoor air sources include tire wear. One study in 18 worldwide sites indicated that more than 1900 fibers are released per wash of a synthetic garment. Another study estimated up to 700,000 fibers per machine wash load.

Natural fabrics also release fibers, but they tend to be more degradable than synthetic fibers. Numerous surface and groundwater and bottled water studies have reported fibers in tap waters from less than one to thousands per liter; bottled waters in PET from 0 to 10,000/liter; glass bottles from 50 to thousands/liter. Sizes ranged from less than 5 µm to 150 to 5000 µm. In at least one study where background control measurements were performed, laboratory air contributed about 100 micro-particles per filter run, although the authors claimed that they could usually distinguish particles from air deposition and those released from filters from environmental sources.

The detections and quantitation reports on tap and bottled waters are not readily explainable. In the U.S., essentially all surface waters receive at least secondary treated sewage. It is estimated that about 90% of micro-particles are removed so the particles would be accumulated in sludges, some of which are land applied. Conventional drinking water treatment is applied to all surface waters, and it is designed to remove particulates. The performance target is turbidity of less than 0.3 ntu, so excellent removals should be achievable for particles or fibers in the low (<5 µm) size range. Commercial bottled waters (except for mineral waters) are usually processed by ozone and reverse osmosis membrane filtration. Caps and bottles are produced on site.  So, it could be postulated that at least some of the reports are due to laboratory or facility air contamination and from the filters being used for separations. In addition, for bottled waters, it is possible that the routing of caps could be producing particles, as well as some releases from the blow molding of the bottles.

It is well known that inhalation of numerous particles and fibers is damaging to the respiratory system; particle fiber types include asbestos (asbestosis, lung cancer, and mesothelioma), cotton (white lung disease), coal dust (black lung disease), and silica (silicosis). In addition to the indoor releases from fabrics and carpets, outdoor air releases from primarily tire wear and also, artificial turf, brakes, and road markings are estimated to amount to about a kg per person per year as a global average, with some areas being much greater. National Ambient Air Quality Standards include fine particles (PM2.5) and coarse particles (PM10). PM means particulate matter and the subscript is nominal aerodynamic diameter in µm. The principal concerns are for respirable particles that are not well removed by the upper respiratory tract and will penetrate to lower regions (lungs). One estimate was that about 50% of particles in the 3 to 5 µm could reach the lungs, depending upon physical activity, and breathing rate.

Plastic particles are widely present in the water, air and food environment in size ranges from 0.1 µm (100 nm) to 5000 µm (5 mm) for micro-plastics; nanoplastics from 1 nm to 100 nm. Analytical data for water and foods should be considered incomplete estimates, because analytical procedures have not been standardized. Gastrointestinal uptake is limited, but smaller particles are probably taken up to a greater degree than larger particles. The World Health Organization concluded that chemicals exposures and ingestion risks are very small. Laundering of garments is an important contributor of fibers and particles to surface water, but they are probably substantially removed by wastewater and drinking water treatment processes. Fabrics and carpets are major contributors to indoor air particulates, and tire wear to outdoor particulates. Indoor and outdoor inhalation risks could be much greater than ingestion risks, as indicated by known effects of other inert particles such as asbestos. 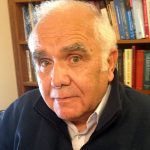 Joseph Cotruvo, Ph.D., was Director of U.S. Environmental Protection Agency’s Drinking Water Standards Division, and Director of the Risk Assessment Division in Toxics, and he is a longstanding member of the World Health Organization’s Drinking Water Guidelines committee. He was instrumental in the development of many drinking water standards and in the introduction of Drinking Water Health Advisories. He has a doctorate is in Physical Organic Chemistry and he is board-certified by the American Academy of Environmental Engineers and Scientists. He can be reached at joseph.cotruvo@verizon.net.